The term ‘adaptogen’ refers to natural compounds or plant extracts that increase adaptability and survival of organisms to stress. They exhibit anti-fatigue effects during stress and show promising potential against age-related conditions. Adaptogens stimulate cellular and organism defense systems by means:
– activating intracellular and extracellular signaling pathways and expression of stress-activated proteins and neuropeptides;
– enhancing survival against oxidative stress;
– ameliorating and postponing aging by activation of mediator genes of stress response and modulation of longevity pathways.
Scientific community is trying to identify key molecular mechanisms that are in common among more than 70 plants which have adaptogenic action, to provide a rationale for the use of adaptogens in stress- and age-related diseases, as shown in the following pictures (retrieved from Panossian et al., 2018). 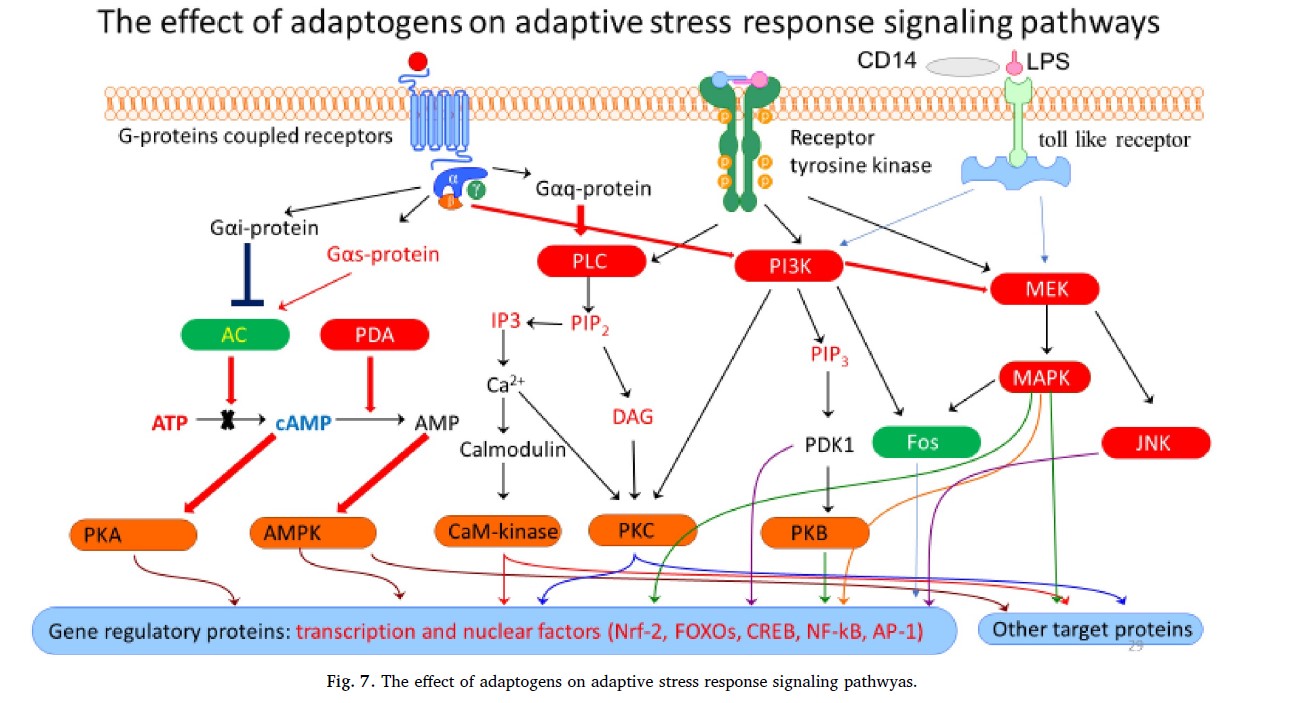 Among all adaptogens, Ginseng is one of the oldest one. Etymologically, panax means ‘all-healing’ or ‘panacea’. Chinese Materia Medica documents its usage since 5,000 years ago. Pharmacopeias across Japan, Korea, USA, Canada, Germany, UK, France and Austria recognize its ability to boost vitality and wellbeing. 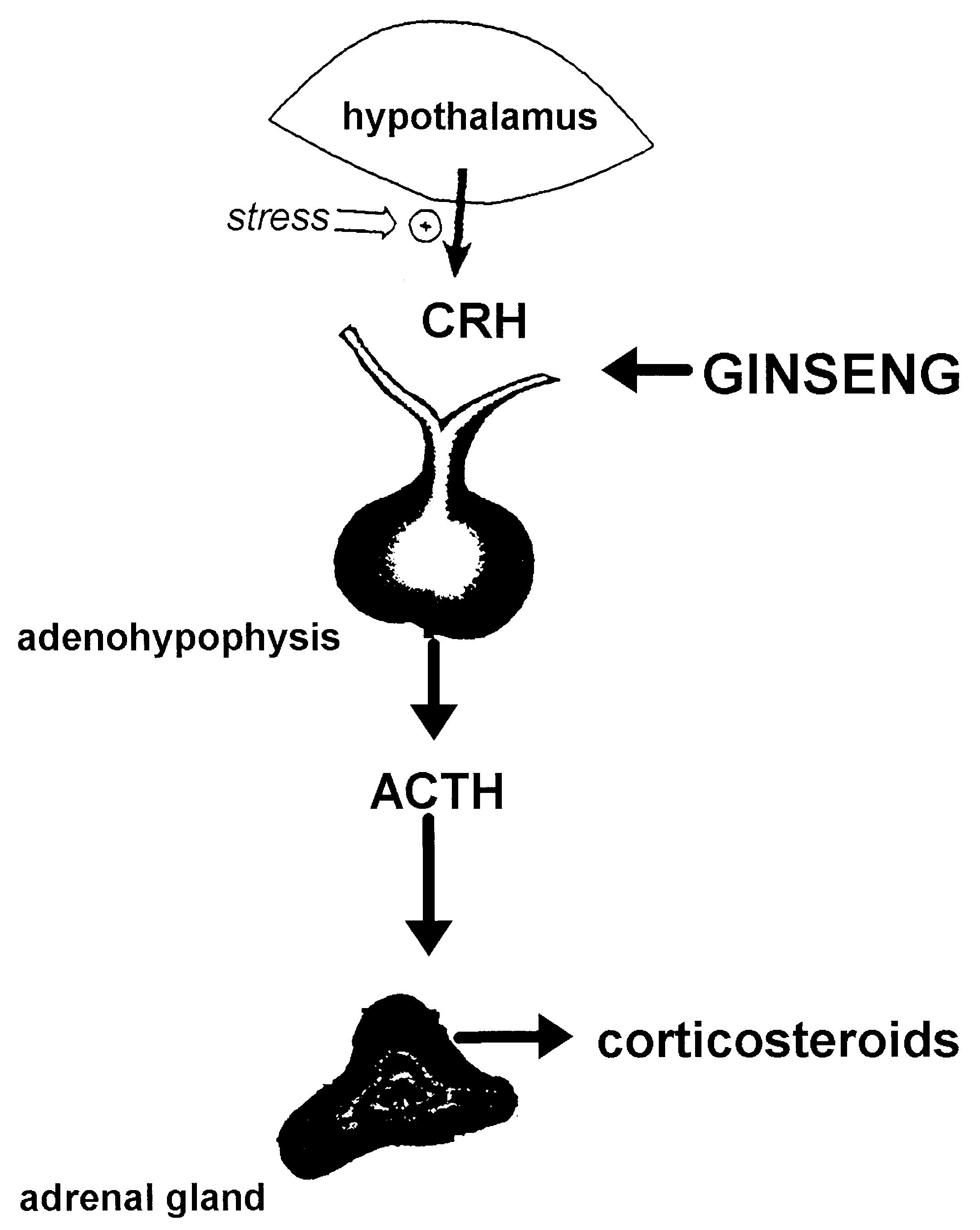 Ginseng adaptogenic effect is apparently a function of the ginsenoside saponin glycosides contained in the root and are linked to a corticosteroid-like action. In fact, endocrinological studies have suggested that ginsenosides may augment adrenal steroidogenesis (production of steroid hormones) via an indirect action on the pituitary gland. The hormones produced by the hypothalamus-pituitary-adrenal axis are well known to play a significant role in the adaptation capabilities of the body. In the picture the involvement of Ginseng is shown (retrieved from Nocerino et al., 2000).